We at the Civic Data Alliance thought it would be useful for organizations engaged in ‘Getting Out the Vote’ to visualize turnout across all Precincts in Louisville. Of course, Primary Elections typically have much lower turnouts than General Elections, but seeing last May’s Primary statistics on a map might help organizers target some of their current canvassing in areas with especially low voter turnout.

What’s unique about this visualization is that, as far as we know, no one has merged precinct outlines in Jefferson County with turnout results in an interactive map for the public before now.

Precinct turn out for the May 2014 primary including registered voters, turnout numbers and percent. Includes breakdowns for democrats and republicans. 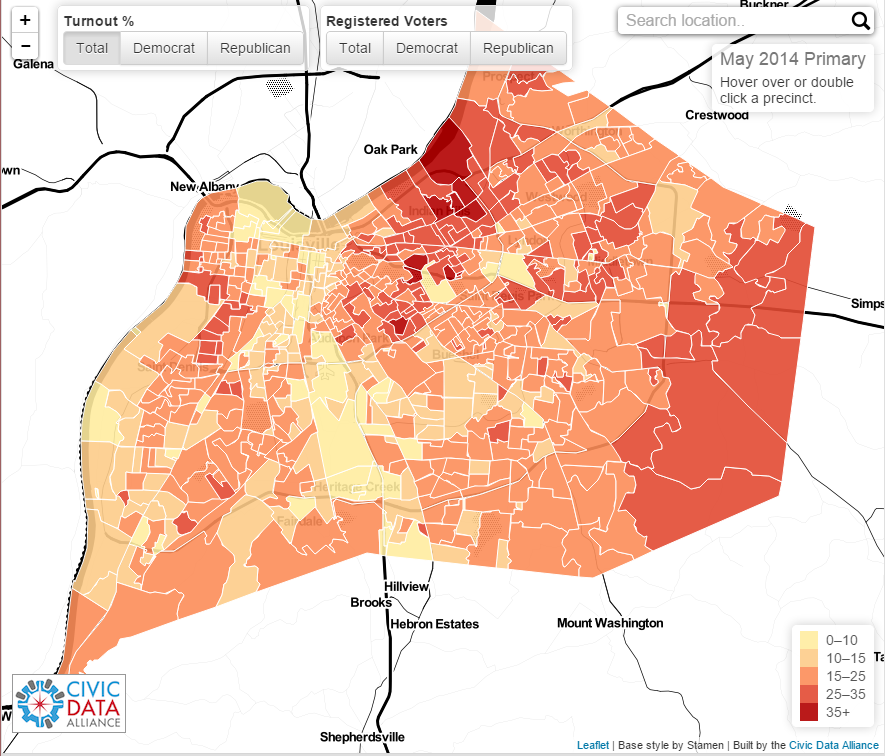 Open data issues included releasing raw data tables as PDFs, charging for access to public data, requiring a notary to get public data, signing agreements to not publish public data, and having to call to get data instead of a direct download.

This project is maintained by civicdata with image compression using guetzli